Méthode Naturelle, also known as the Natural Method or Hébertisme, a methodology of physical education to achieve integral development by the use of natural movement. It was essentially developed at the beginning of the 20th century by the French naval officer Georges Hébert

The philosophy, or the doctrine of Methode Naturelle, summarizes its underlying ideas. They explain the essence of the method and largely determine its difference from other physical education methods, as well as from sport and fitness.

A man who lives in natural conditions has to get food, escape from danger, and defend himself against enemies. Daily useful and natural movements that correspond to the human body’s structure and vital needs lead to holistic physical development.

Civilization  protects us from natural challenges and risks. It also reduces the amount of our daily workload or makes it one-sided. However, the need for a holistic movement in our bodies remains the same as millions of years ago.

The founder of the natural method, Georges Hebert, believed that a person should receive a daily dose of exercise equivalent to the activity in the natural environment. Since the time for training is limited, we must use it effectively and proceed methodically. Hebert developed teaching about effective physical education and called it “Methode Naturelle.” Heberts methodology aims to develop maximum physical potential in an individuum through natural and useful movements, improve their health and stress tolerance, and teach them to be helpful and safely handle dangerous situations.

The natural method uses natural movements. The human body was designed for such movements by nature in contrast to stylized gymnastics or artificial sports exercises. Initially, the word “natural” in the method’s name meant to underline the method’s innovation and distance it from classical, analytical physical education systems that were common back then and addressed each different part of the body successively, such as Swedish gymnastics or American fitness with expander and other gear. 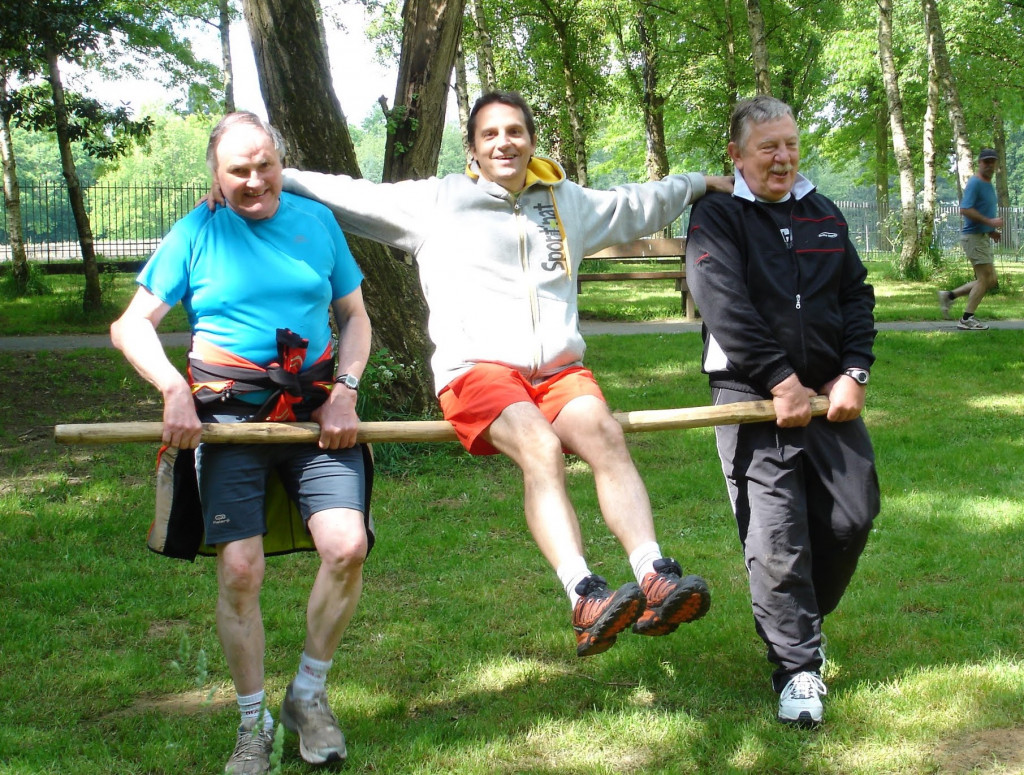 The natural method is equally suitable for children and adults, women and men, experienced athletes and beginners. A variety of forms of movement and exercise, games, and a spirit of support make training attractive to athletes of all fitness levels.

Depending on the participants’ physical ability and age, weather conditions and terrain, the exercise selection and workload will vary. However, every session will follow the natural method’s universal principles, such as continuity of movement or freedom of choice.

“Why be a jumping champion if you can’t swim?” – wondered Georges Eber. In his opinion, it is better to have an average level in all skills than to succeed in one but neglect the others.

The idea of a harmonically 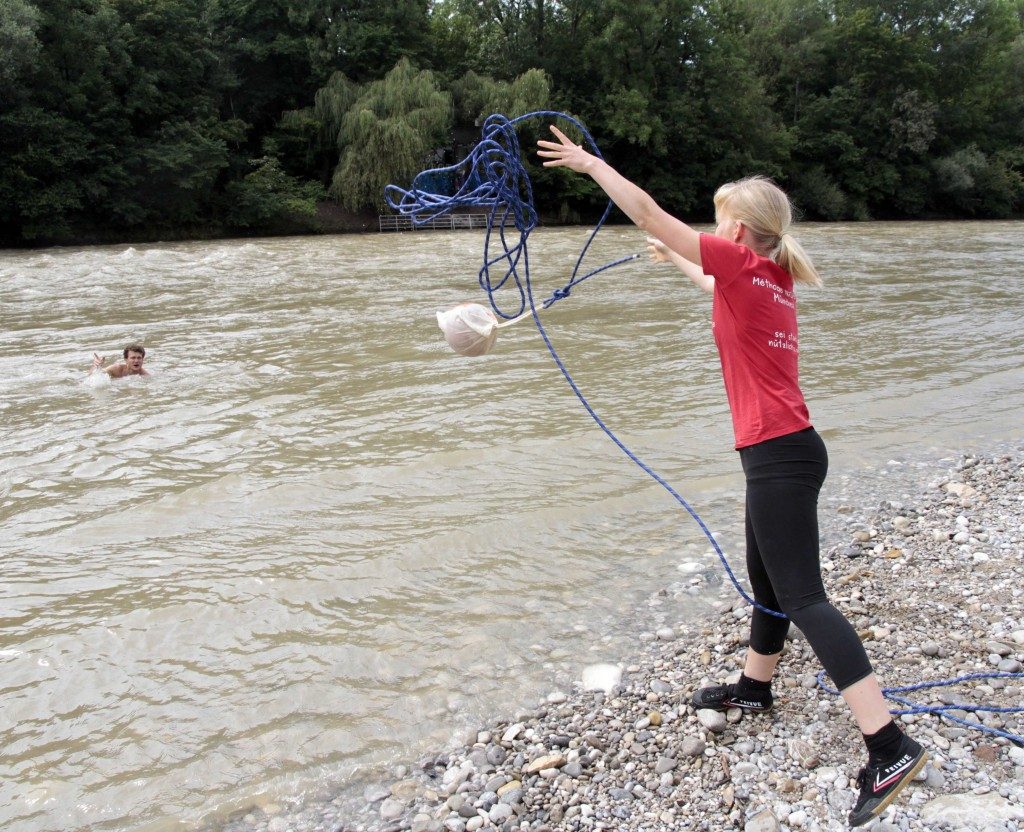 developed body is not new. The culmination of the ancient Olympic Games was the pentathlon – competition in running, wrestling, long jump, discus and javelin throwing.

Hebert added to this idea the development of a strong character. “A man of medium physical strength, but bold and energetic, is superior in life to a man of exceptional physical ability, but fearful and indecisive.”

Natural method athletes compete with their old performance, not with other people’s achievements. Work at own pace, without competition or pressure from outside, minimizes the risk of injury.

The natural method includes competition in training in the form of relay races, tug-of-war, and games. Heterogenous teams that consist of participants of different ages or physical fitness levels emphasize team spirit instead of achievement.

Hebert was one of the pioneers to develop a comprehensive physical test to control the progress of the athletes.

The test examined participants’ strength, speed, mobility, and endurance through exercises from different disciplines – running, swimming, jumping, throwing, and others. Hebert evaluated skills on a 20-point scale, from -5 to 15, with 0 points as the minimum requirement for an adult. Regular tests allowed to monitor the quality of training. 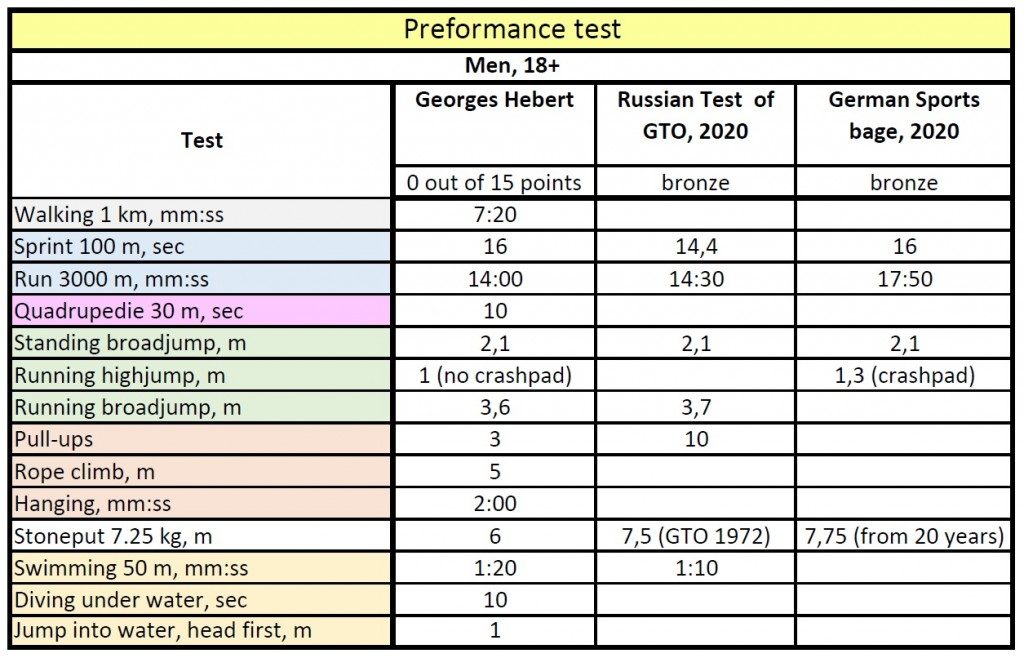